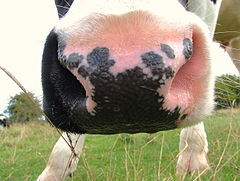 I divide the field of network forensics and network security monitoring into two disciplines; capturing (a.k.a. sniffing) the traffic and analyzing the captured traffic. Analyzing the network traffic can be done on many different levels, from the novice's level where IP addresses and layer 7 protocols are listed to the expert who understands all protocol layers and can investigate traffic packet-by-packet. Network traffic analysis is a field where there is always something more to learn and where nobody, not even an expert like Richard Bejtlich, knows everything. Capturing traffic, on the other hand, is more like a craftsmanship; it takes a while to learn how to do it properly, but there is not much new to learn once you've gotten the hang of it. Being able to capture network traffic reliably is, however, essential in order to perform network traffic analysis or network forensics, which is why I decided to write this sniffing tutorial.

Many “n00bs” fire up Wireshark on their own PC expecting to be able to sniff all traffic passing through an Ethernet network. But the 90's are long gone, and all hubs have been replaced by switches, so your NIC nowadays only gets broadcast packets and packets addressed to your NIC. So if you wanna capture traffic from other hosts on the network you somehow need to force that traffic to passes by your NIC. I will here explain some of the most usual ways to achieve this.

Use a legacy “dumb” hub

The good ol' dumb hubs (a.k.a. active hubs) are hard to find these days, but if you're fortunate enough to own one of those old jewels then make sure to hold on to it. You might also get lucky and find a used hub on ebay. These beauties repeat all Ethernet frames arriving at one port to all the other ports on the hub, which is just what we want in order to sniff all the traffic. Just place the hub at a choke-point in your network, for example between your firewall and the rest of the network, and connect your sniffer PC directly to the hub (see my ASCII image below).

One downside of using a hub is that all these extra packets being sent on all the hub's ports increase the risk of packet collisions, i.e. when two nodes on a shared media network are transmitting at the same time. Every time a collision occurs on an Ethernet network the nodes on the shared media segment will pause for a random time before they continue sending data, this functionality is called CSMA/CD. For TCP based protocols such collisions result in lots of ugly retransmissions, while the data in collided UDP packets never will reach their destination since UDP doesn't support retransmissions.

Configure a monitor port on a managed switch 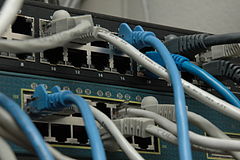 A much better solution than using a hub is to configure a monitor port on a managed switch, from which you wish to tap some traffic. Monitor ports have different names depending on the vendor, Cisco call theirs SPAN ports, others use the term “port mirroring”. A monitor port is typically configured so that it copies all sent and received frames for a particular port to a monitor port, which is where you connect your sniffer. You can normally also configure the switch to copy traffic from all ports to the monitor port, but this can cause duplicate packets since each packet will be copied both when coming in on one port as well as when it goes out on another port. It is therefore usually better to monitor only the uplink port if you wish to monitor all hosts connected to a switch.

The major downside of sniffing traffic of a monitor port is that the primary functionality of a switch is to forward traffic from the sender to the receiver, not to send copies of that traffic to a monitor port. This means that if there is a high load on the switch it will prioritize sending the received frames to the recipient over copying them to the monitor port. You therefore run the risk of not always getting all transmitted packets to your monitor port, which might be acceptable in some situations but isn't acceptable in a network forensics investigation. Finding out if your monitor port has missed some packets isn't easy, but Charles Smutz explains how this can be done in his blog post “Flushing out Leaky Taps”.

The most reliable way to sniff traffic is to use a network tap. A network tap is a “bump-in-the-wire” device designed only to copy traffic passing through it to a monitor port. You typically insert a network tap inline between two nodes in a network, such as between your firewall and your first switch. A good network tap will cost you at least 1.000 EUR, but those are money well spent if you wanna be able to perform reliable network monitoring.

If you're planning to buy a network tap I recommend getting a link aggregation tap, which can merge uplink and downlink traffic to one single monitor port. This way you don't need two network interfaces on your sniffer PC. Both major tap vendors Net Optics and VSS Monitoring sell aggregation taps.

A downside of using a network tap compared to configuring a monitor port is that there will be a short downtime on the network while connecting and disconnecting the tap. I therefore recommend to install network taps when you have a service window. And when you have a tap connected at a good choke-point in your network I recommend that you leave it there after you're done, since you never know when you might need to come back and sniff some more.

If you wanna learn even more about setting up monitor ports and sniffing traffic I recommend that you take a look at Betty DuBois' presentation titled “BU-11: SPAN/Mirror/Monitor vs. Taps: When should I use what, and why should I care?” from Sharkfest '09. The good people of LoveMyTool have provided a video recording of Betty's talk at http://lovemytool.blip.tv/file/2277497/.

Continue reading part 2 of this sniffing tutorial, where I cover how to dump the traffic to disk.