Network security monitoring is an ideal security feature to apply to industrial control system networks. Owners of the IT-systems that control our critical infrastructure have unfortunately not yet understood the usefulness of monitoring their own network traffic. 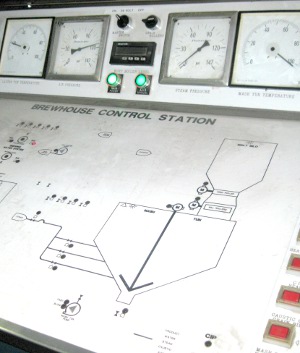 SCADA security has in the past few years become a hot topic at mainstream hacker conferences like BlackHat and DEFCON. Stuxnet has also increased the interest for SCADA security even more in the “traditional” IT security and hacking community. This interest has caused security researchers to find and publicly disclose  multiple  vulnerabilities in SCADA and Industrial Control Systems (ICS).

Having worked with IT security for a major electric utility company (in the pre-Stuxnet era) I know from my own experience that the resilience against network based hacking attacks varies greatly between different brands and models of PLCs and RTUs. But an attacker with access to a control system network don't need to use any vulnerability to control a PLC. The reason for this is that the communication protocols used by these embedded devices don't use authentication. The attacker can therefore simply send any commands he wishes to the PLCs to make them open a dam gate, blow a generator or spin a centrifuge out of control; no vulnerabilities needed!

This morning I read a blog post titled “PLC’s: Insecure By Design v. Vulnerabilities” written by Dale G Peterson (an old friend from my SCADA security days). In this blog post Dale stresses the fact that many control system devices are “Insecure By Design”. He also mentions Secure DNP3 (an encrypted SCADA protocol that basically is an American fork from the IEC 60870-5 standard), which can increase security by introducing authentication and encryption.

Instead I see two major efforts that the ICS community need to carry out in order to achieve better security. The first effort is to segment the ICS networks into different security zones and apply appropriate perimeter protection between the zones. The second effort is to establish proper network security monitoring of the control system networks.

Segmentation and perimeter protection are nowadays widely accepted measures in the ICS community. There are even special ICS firewall vendors, such as Tofino, RuggedCom and Moxa. Even crazy concepts such as “unidirectional gateways” are successfully used to protect critical ICS networks.

But the concept of network security monitoring has, on the other hand, not really been grasped by the ICS community yet. It actually seems as if they don't even understand the value provided by monitoring the network traffic in control systems. The ANSI/ISA-TR99 standard does, for example, mention “sniffing” several times, but only in the context of sniffing being a threat rather than treating it as a security control. The DHS document “Cyber Security Procurement Language for Control Systems” even contains this somewhat absurd statement:

“Scanning is an effective tool to identify vulnerabilities. Use caution, however, because active scanning of live control system networks has been known to disable the networks during operations. FAT and SAT provide critical opportunities for active scanning tests without an impact to production. Even passive scanning is not recommended on production systems until the impact to operations is fully understood.”

Ignoring the fact that they write “passive scanning” when they refer to “sniffing” or “network monitoring” I can't really believe that DHS recommend control system owners to avoid monitoring their own network traffic. Shame on you DHS!

I therefore take it upon myself to educate the authors of these misguiding standards as well as control system owners as to why they should monitor their networks. Here are six good reasons for why process control system networks should be monitored:

Now, go out there and sniff those process control networks! ;)