For those who are not familiar with the network forensics tool NetworkMiner, it's a portable Windows application that analyzes network traffic. NetworkMiner comes in two flavors; a free open source version and a commercial version called “NetworkMiner Professional”.

Some of the new features in version 1.2 of NetworkMiner (free as well as pro version) are: 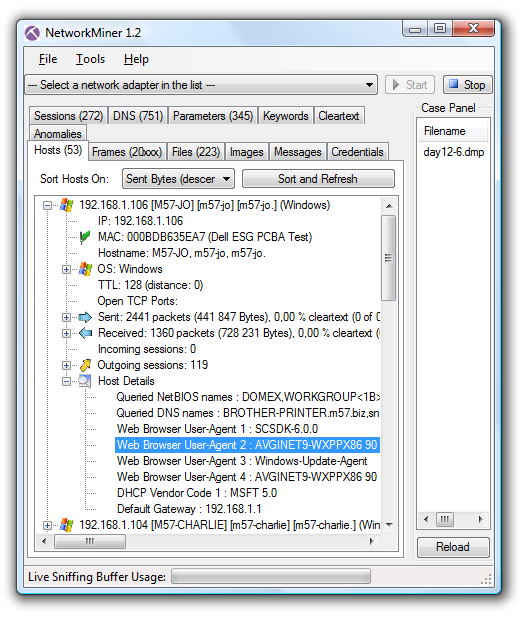 NetworkMiner 1.2 with the Hosts tab open

We offer free upgrades for users running older versions of NetworkMiner Professional. Just send an email to info [at] netresec.com with your current version number as well as license number (which you can find under the menu “Help” > “About Network Miner”) and say that you'd like to upgrade to version 1.2.