I recently sent out a copy of NetworkMiner Professional to three persons, who I respect for their contributions to different parts of the IT security community.

All three persons have now publicly shared their experiences from analyzing network traffic with NetworkMiner Professional. 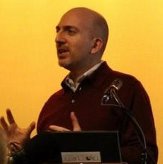 First out was Richard Bejtlich – blogger, black hat instructor and CSO at Mandiant.

Richard wrote a blog post titled “Trying NetworkMiner Professional 1.2”, where he analyzes a pcap file from his TCP/IP Weapons School class. Richard also shared some new ideas on new features that he'd like to see in NetworkMiner. 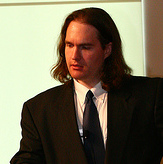 Adrian Crenshaw, the guy behind Irongeek.com and co-founder of Derbycon, went one step further by recording a video titled “NetworkMiner Professional for Network Forensics”.

In the video Adrian shows features such as: