Doug Burks released a new ISO of his popular IDS/NSM Linux distro "Security Onion" a couple of days ago. This new ISO includes an installation of NetworkMiner straight out of the box. You can retrieve the Live install CD of Security Onion here:
http://sourceforge.net/projects/security-onion/files/security-onion-live-20120125.iso/download

You can also read more about how to install Security Onion here: http://code.google.com/p/security-onion/wiki/Installation 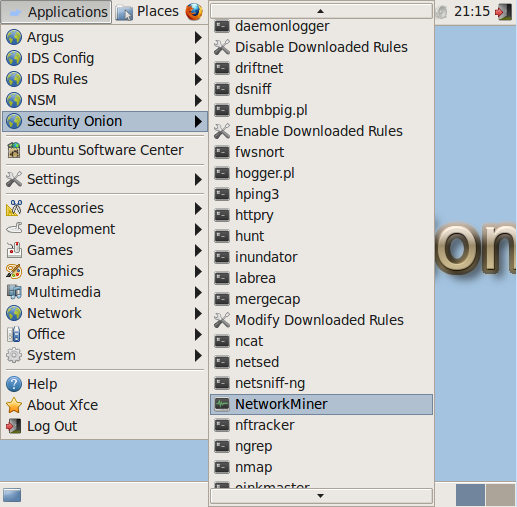 Doug has also, as part of the work of including NetworkMiner into Security Onion, built a debian package for NetworkMiner. This means that you can install NetworkMiner on a Debian Linux machine (including Ubuntu) with these commands:

We do, however, still recommend Linux users to install NetworkMiner “manually” with the commands supplied in our blog post “No more Wine - NetworkMiner in Linux with Mono”

Finally, Security Onion is one of the great tools you can vote for in Russ McRee's 2011 Toolsmith Tool of the Year survey. Other great tools you can vote for are PacketFence and Volatility. Make sure you submit your vote before the survey ends on Tuesday (January 31):
http://holisticinfosec.blogspot.com/2011/12/choose-2011-toolsmith-tool-of-year.html