A long awaited "Clear GUI" menu entry has been added to the "Tools" menu. This feature will be welcomed by users who previously restarted NetworkMiner in order to clear the GUI. 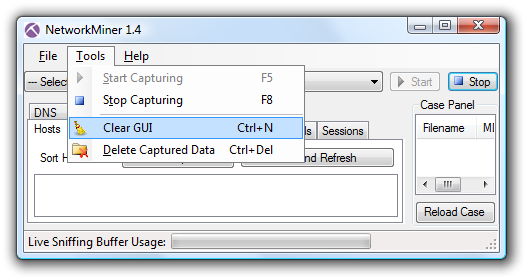 The Credentials tab has now gotten a check box that allows the user to show/hide captured HTTP cookies. This provides for a much cleaner view of captured usernames and passwords.

The professional version of NetworkMiner additionally includes a functionality that allows the user to specify customized port-to-protocol mappings. This feature will typically not provide much value for protocols using TCP, since the protocol identification feature in NetworkMiner Professional will identify the application layer protocol automatically. NetworkMiner does, however, not automatically recognize protocols running on top of UDP; this is where the manual port-to-protocol feature can come in handy. 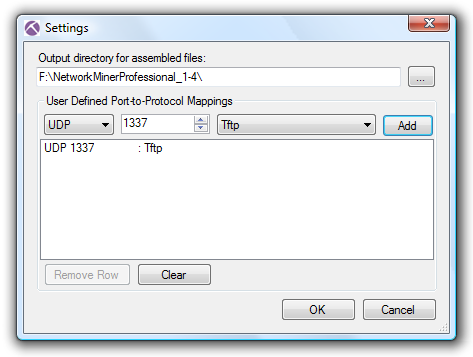 The most recent release of the free (open source) version of NetworkMiner can be downloaded from SourceForge. Paying customers can download an update for NetworkMiner Professional from our customer portal.