NetworkMiner 1.5 was released on August 7th, but we haven't yet provided any details regarding the new functionality that has been added.

New features in the free and open source version of NetworkMiner: 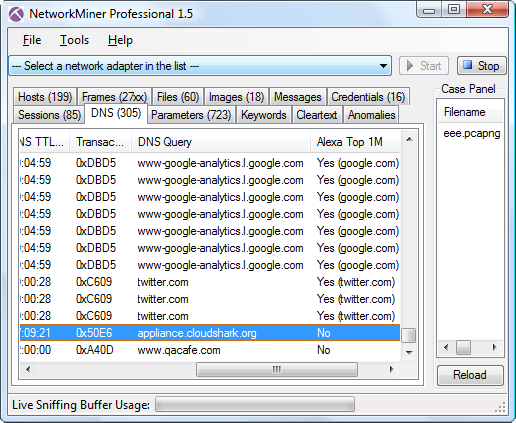 DNS tab in NetworkMiner Professional with eee.pcapng from CloudShark loaded. 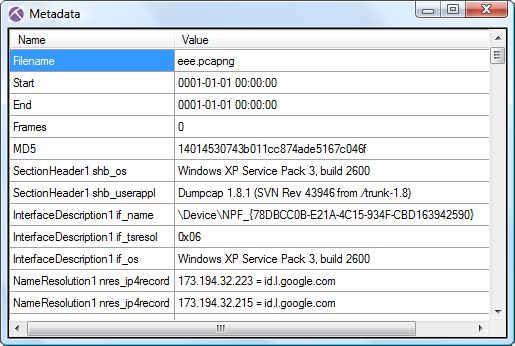 In order to bring up the metadata window, simply right-click a PcapNG file in NetworkMiner's case panel and select "Show Metadata". The extracted metadata will normally contain info about the machine used to create the capture file, such as the OS and what sniffer that was used. Also, please note that some PcapNG files additionally contain name resolution blocks with cached DNS entries even if the corresponding traffic has been filtered from the capture file.

We hope you will find these new features useful!