Analysis of Chinese MITM on Google

The Chinese are running a MITM attack on SSL encrypted traffic between Chinese universities and Google. We've performed technical analysis of the attack, on request from GreatFire.org, and can confirm that it is a real SSL MITM against www.google.com and that it is being performed from within China.

We were contacted by GreatFire.org yesterday (September 3) with a request to analyze two packet captures from suspected MITM-attacks before they finalized their blog post. The conclusions from our analysis is now published as part of GreatFire.org's great blog post titled “Authorities launch man-in-the-middle attack on Google”.

From August 28, 2014 reports appeared on Weibo and Google Plus that users in China trying to access google.com and google.com.hk via CERNET, the country’s education network, were receiving warning messages about invalid SSL certificates. The evidence, which we include later in this post, indicates that this was caused by a man-in-the-middle attack.

While the authorities have been blocking access to most things Google since June 4th, they have kept their hands off of CERNET, China’s nationwide education and research network. However, in the lead up to the new school year, the Chinese authorities launched a man-in-the-middle (MITM) attack against Google.

Our network forensic analysis was performed by investigating the following to packet capture files:

The analyzed capture files contain pure IPv6 traffic (CERNET is a IPv6 network) which made the analysis a bit different then usual. We do not disclose the client IP addresses for privacy reasons, but they both seem legit; one from Peking University (netname PKU6-CERNET2) and the other from Chongqing University (CQU6-CERNET2). Both IP addresses belong to AS23910, named "China Next Generation Internet CERNET2". 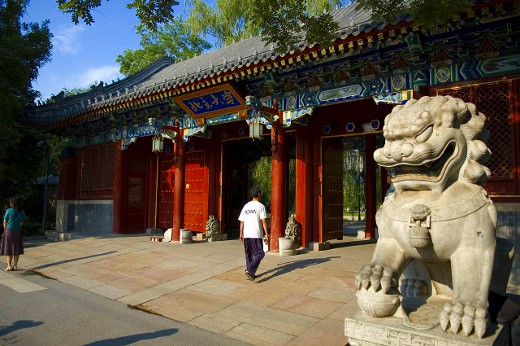 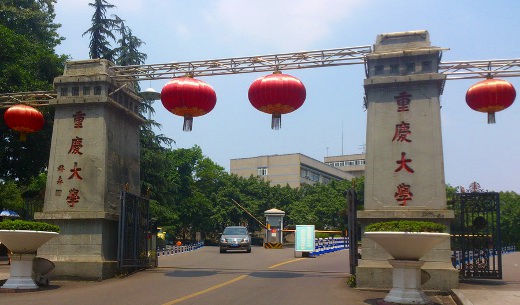 The Time-To-Live (TTL) values received in the IP packets from www.google.com were in both cases 248 or 249 (note: TTL is actually called ”Hop Limit” in IPv6 nomenclature, but we prefer to use the well established term ”TTL” anyway). The highest possible TTL value is 255, this means that the received packets haven't made more than 6 or 7 router hops before ending up at the client. However, the expected number of router hops between a server on GOOGLE-IPV6 and the client at Peking University is around 14. The low number of router hops is is a clear indication of an IP MITM taking place. 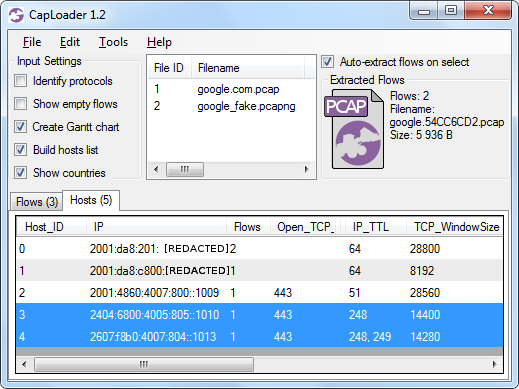 Here is an IPv6 traceroute from AS25795 in Los Angeles towards the IP address at Peking University (generated with ARP Networks' 4or6.com tool):

The round-trip time between the client and server can be estimated by measuring the time from when the client sends it initial TCP SYN packet to when it receives a TCP SYN+ACK from the server. The expected round-trip time for connecting from CERNET to a Google server overseas would be around 150ms or more. However, in the captures we've analyzed the TCP SYN+ACK package was received in just 8ms (Peking) and 52ms (Chongqing) respectively. Again, this is a clear indication of an IP MITM taking place, since Google cannot possibly send a response from the US to CERNET within 8ms regardless of how fast they are. The fast response times also indicate that the machine performing the MITM is located fairly close to the network at Peking University.

Even though the machine performing the MITM was very quick at performing the TCP tree-way handshake we noticed that the application layer communication was terribly slow. The specification for the TLS handshake (RFC 2246) defines that a ClientHello message should be responded to with a ServerHello. Google typically send their ServerHello response almost instantly, i.e. the response is received after one round-trip time (150ms in this case). However, in the analyzed captures we noticed ServerHello response times of around 500ms.

The X.509 certificates were extracted from the two PCAP files to .cer files using NetworkMiner. We noticed that both users received identical certificates, which were both self signed for “google.com”. The fact that the MITM used a self signed certificate makes the attack easily detectable even for the non-technical user, since the web browser will typically display a warning about the site not being trusted. Additionally the X.509 certificate was created for ”google.com” rather than ”*.google.com”. This is an obvious miss from the MITM'ers side since they were attempting to MITM traffic to ”www.google.com” but not to ”google.com”. 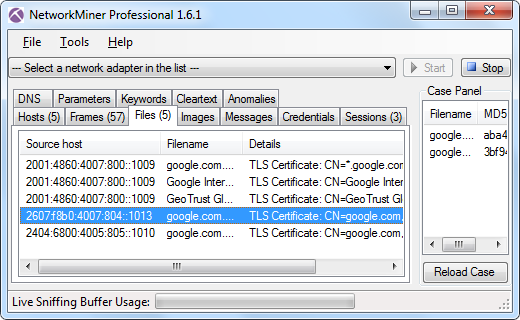 A copy of the fake certificate is available on Google drive thanks to GreatFire.org.

All evidence indicates that a MITM attack is being conducted against traffic between China’s nationwide education and research network CERNET and www.google.com. It looks as if the MITM is carried out on a network belonging to AS23911, which is the outer part of CERNET that peers with all external networks. This network is located in China, so we can conclude that the MITM was being done within the country.

It's difficult to say exactly how the MITM attack was carried out, but we can dismiss DNS spoofing as the used method. The evidence we've observed instead indicate that the MITM attack is performed either by performing IP hijacking or by simply reconfiguring a router to forward the HTTPS traffic to a transparent SSL proxy. An alternative to changing the router config would also be to add an in-line device that redirects the desired traffic to the SSL proxy. However, regardless of how they did it the attacker would be able to decrypt and inspect the traffic going to Google.

We can also conclude that the method used to perform the MITM attack was similar to the Chinese MITM on GitHub, but not identical.