An increasing number of malware families employ SSL/TLS encryption in order to evade detection by Network Intrusion Detection Systems (NIDS). In this blog post I’m gonna have a look at Adwind, which is a cross-platform Remote Access Trojan (RAT) that has been using SSL to conceal it’s traffic for several years. AdwindRAT typically connects SSL sessions to seemingly random TCP ports on the C2 servers. Hence, a heuristic that could potentially be used to hunt for Adwind RAT malware is to look for SSL traffic going to TCP ports that normally don’t use SSL. However, relying on ONLY that heuristic would generate way too many false positives.

Brad Duncan did an interesting writeup about Adwind RAT back in 2015, where he wrote:

I saw the same certificate information used last week, and it continues this week. Currently, this may be the best way to identify Adwind-based post-infection traffic. Look for SSL traffic on a non-standard TCP port using that particular certificate.

Unfortunately, Adwind RAT has evolved to use other CN’s in their new certificates, so looking for “assylias.Inc” will not cut it anymore. However, looking for SSL traffic on non-standard TCP ports still holds on the latest Adwind RAT samples that we’ve analyzed.

The PT Research Attack Detection Team (ADT) sent an email with IDS signatures for detecting AdwindRAT to the Emerging-Sigs mailing list a few days ago, where they wrote:

“We offer one of the ways to detect malicious AdwindRAT software inside the encrypted traffic. Recently, the detection of this malicious program in network traffic is significantly reduced due to encryption. As a result of the research, a stable structure of data fragments was created.”

Not only is it awesome that they were able to detect static patterns in the encrypted data, they also provided 25 PCAP files containing AdwindRAT traffic. I loaded these PCAP files into NetworkMiner Professional in order to have a look at the X.509 certificates. NetworkMiner Professional supports Port-Independent Protocol Identification (PIPI), which means that it will automatically identify the C2 sessions as SSL, regardless of which port that is used. It will also automatically extract the X.509 certificates along with any other parameters that can be extracted from the SSL handshake before the session goes encrypted. 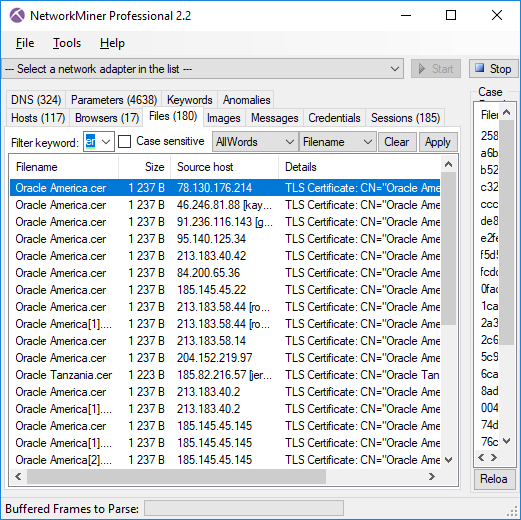 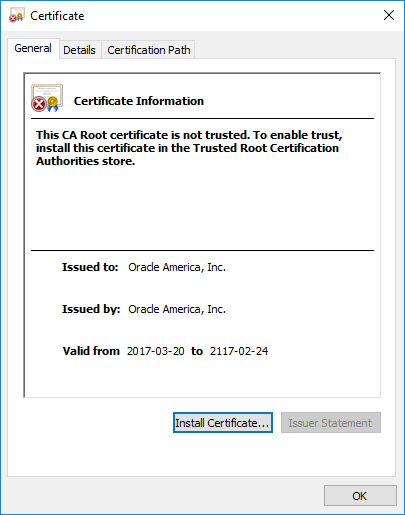 The cert claims to be valid for a whopping 100 years! 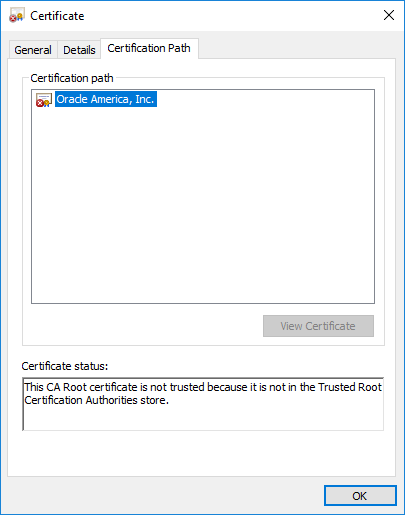 However, after opening a few of the other certificates it's clear that each C2 server is using a unique X.509 certificate. This can be quickly confirmed by opening the parameters tab in NetworkMiner Pro and showing only the Certificate Hash or Subject Key Identifier values. 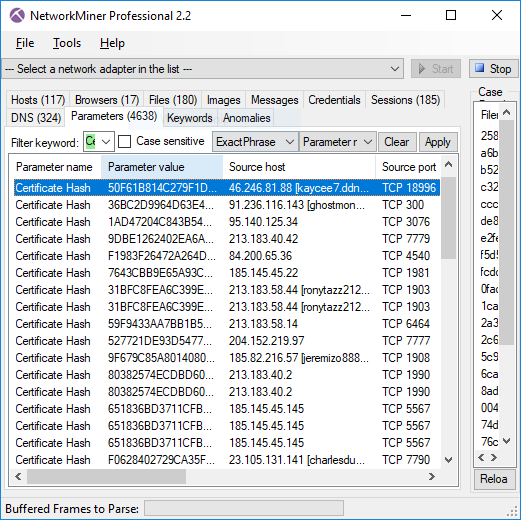 I also noted that the CN of the certificates isn’t constant either; these samples use CN’s such as “Oracle America”, “Oracle Tanzania”, “Oracle Arusha Inc.”, “Oracle Leonardo” and “Oracle Heaven”.

The CN field is normally used to specify which domain(s) the certificate is valid for, together with any additinoal Subject Alternative Name field. However, Adwind RAT’s certificates don’t contain any domain name in the CN field and they don’t have an Alternative Name record. This might very well change in future versions of this piece of malware though, but I don’t expect the malware authors to generate a certificate with a CN matching the domain name used by each C2 server. I can therefore use this assumption in order to better hunt for Adwind RAT traffic.

But how do I know what public domain name the C2 server has? One solution is to use passive DNS, i.e. to capture all DNS traffic in order to do passive lookups locally. Another solution is to leverage the fact that the Adwind RAT clients use the Server Name Indication (SNI) when connecting to the C2 servers. 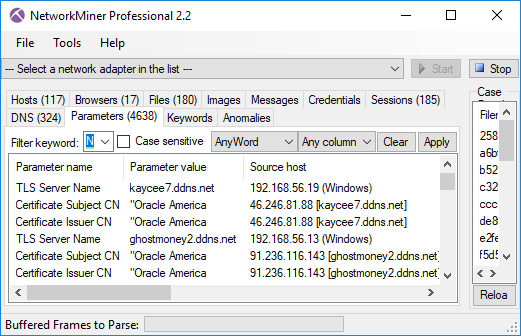 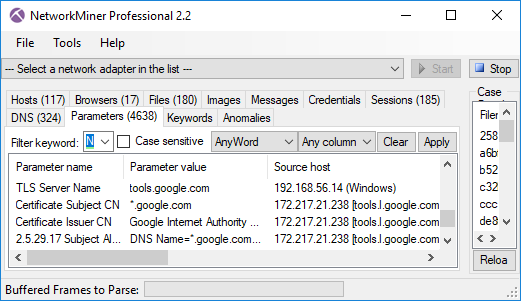 My conclusion is therefore that Brad’s recommendations from 2015 are still pretty okay, even for the latest wave of Adwind RAT traffic. However, instead of looking for a fix CN string I’d prefer to use the following heuristics to hunt for this type of C2 traffic:

These heuristics will match more than just Adwind RAT traffic though. You’ll find that the exact same heuristics will also help identify other pieces of SSL-enabled malware as well as Tor traffic.