Remember when Igor Kuznetsov and Costin Raiu announced that two of the victims in FireEye's SUNBURST IOC list were and on Kaspersky's Securelist blog in December? Reuters later reported that these victims were Cox Communications and Pima County.

We can now reveal that the internal AD domain of all SUNBURST deployments in FireEye's IOC list can be extracted from publicly available DNS logs published by twitter user VriesHd, a.k.a. "Kira 2.0", with help of our SunburstDomainDecoder tool. The data published by VriesHd is the most complete SUNBURST DNS collection we've seen, with over 35.000 avsvmcloud.com subdomains! Here is FireEye's IOC table completed with our findings:

It was not just the victims listed in FireEye's IOC that were specifically targeted by the SUNBURST operators. As explained in our Finding Targeted SUNBURST Victims with pDNS blog post, the "STAGE2" flag in SUNBURST's DNS beacons can be used to reveal additional organizations that were singled out as interesting targets by the threat actors.

Here is the full list of internal AD domain names from the SUNBURST deployments in VriesHd's DNS data that actually did enter Stage 2 operation according to our analysis: 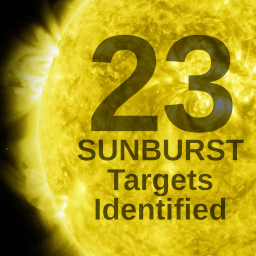 Our SUNBURST STAGE2 Victim Table has now been updated with additional details about the STAGE2 signaling from these SUNBURST implants, including timestamps, avsvmcloud.com subdomains and GUID values.

The last two entries in the AD domain list above are interesting, since they both hint that the targeted entity might be Microsoft.

The data that gets exfiltrated in DNS beacons during SUNBURST's initial stage is the internal domain the SolarWinds Orion PC is connected to and a list of installed security products on that PC. These domain names, security products and possibly also the victims' public IP addresses, was the data available to the attackers when they decided which ones they wanted to proceed to Stage 2 with and thereby activate the HTTPS backdoor built into SUNBURST.

The threat actors were probably surprised when they realized that "WincoreWindows.local" was in fact a company in West Virginia that manufactures high quality windows and doors. 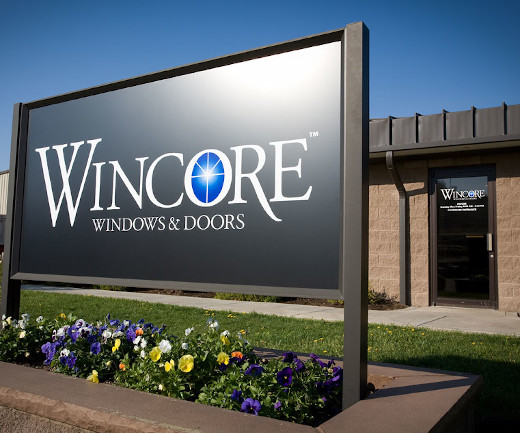 The threat actors later found another backdoored SolarWinds Orion machine connected to a domain called "wctc.msft", which also sounds like it could be Microsoft. Below is a table outlining relevant events for these two SUNBURST deployments that can be extracted from VriesHd's SB2 spreadsheet with SunburstDomainDecoder.

Microsoft have been public about being hit by SUNBURST (or "Solorigate" as they call it), so we can assume that the threat actors eventually located a backdoored SolarWinds Orion installation in their networks.

We spent the previous week reaching out to targeted companies and organizations, either directly or through CERT organizations. From what we understand many of these organizations were already aware that they had been targeted victims of SUNBURST, even though they might not have gone public about the breach.

We have no intentions to shame the organizations that have installed a backdoored SolarWinds Orion update, regardless if they were targeted by the threat actor or not. In fact, the supply chain security problem is an extremely difficult one to tackle, even for companies and organizations with very high security standards. This could have happened to anyone!

However, since multiple passive DNS logs and SUNBURST victim lists have been circulating through publicly available channels for over a month, we felt that it was now acceptable to publicly write about the analysis we've been doing based on all this data. We'd also like to thank everyone who has helped collect and share passive DNS data, including John Bambenek, Joe Słowik, Rohit Bansal, Dancho Danchev , Paul Vixie and VriesHd. This open data has been crucial in order to develop and verify our SunburstDomainDecoder tool, which has been leveraged by numerous incident response teams to perform forensic analysis of DNS traffic from their SolarWinds Orion deployments.

We'd like to thank CERT-SE and all other computer emergency response organizations that have helped us with the task of notifying organizations that were identified as targeted. We would also like to applaud companies and organizations like FireEye, Palo Alto Networks, Fidelis Cybersecurity, Microsoft, the U.S. Department of Energy and the U.S. Federal Courts for being transparent and publicly announcing that the SUNBURST backdoor had been used in an attempt to compromise their networks.