We are releasing a series of network forensics video tutorials throughout the next few weeks. First up is this analysis of a PCAP file containing network traffic from the "Zyklon H.T.T.P." malware.

Analyzing a Zyklon Trojan with Suricata and NetworkMiner 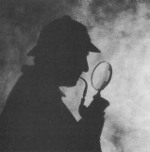 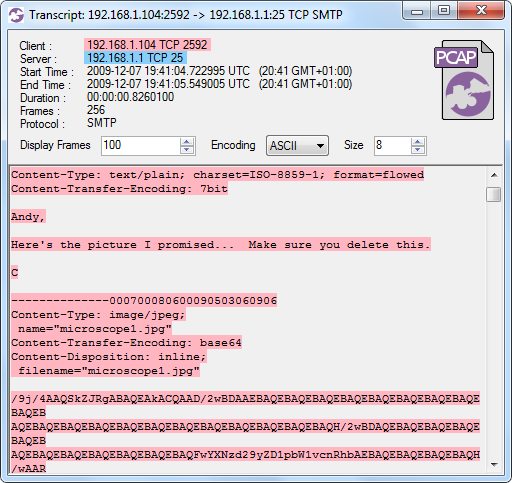 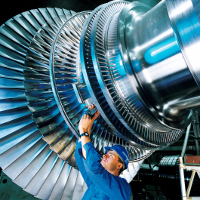 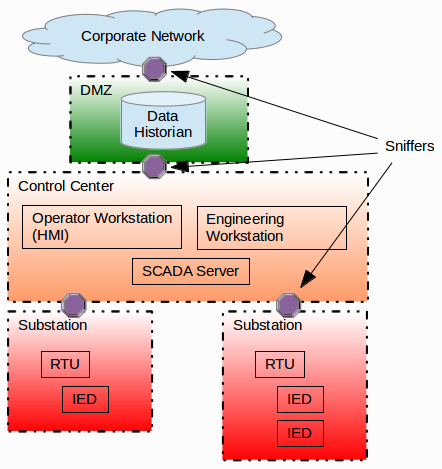 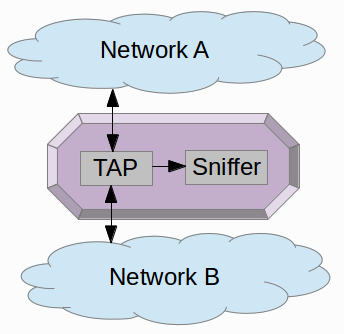 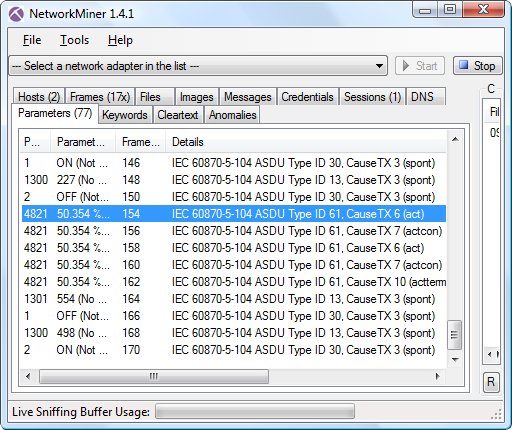 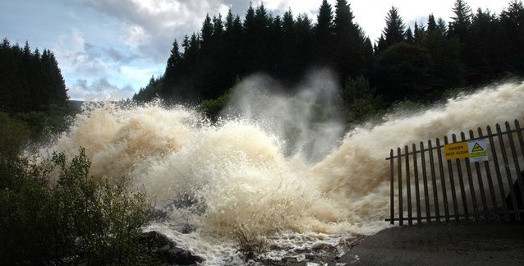 WPAD Man in the Middle

Metasploit was recently updated with a module to generate a wpad.dat file for WPAD man-in-the-middle (MITM) attacks. This blog post explains how this attack works and how to investigate such an attack by analyzing captured network traffic.

Windows' WPAD feature has for many years provided attackers and penetration testers a simple way to perform MITM attacks on web traffic. There is, for example, a great blog post by Tod Beardsley called "MS09-008: Web Proxy Auto-Discovery (WPAD), Illustrated" that highlights the problems with WPAD. Now finally, roughly 10 years after WPAD was introduced, the penetration testing framework Metasploit includes support for WPAD via a new auxiliary module located at "auxiliary/server/wpad". This module, which is written by Efrain Torres, can be used to perform for man-in-the-middle (MITM) attacks by exploiting the features of WPAD.

WPAD is short for "Web Proxy Autodiscovery Protocol", and is a method for Windows machines to detect which machine to use as proxy for HTTP(S) traffic.

The process of finding a web proxy with WPAD basically works like this:

This process is clearly vulnerable to DHCP spoofing (step #1) and DNS poisoning (step #2). But an even easier solution is to set up a computer with hostname "WPAD" where a file called "wpad.dat" is served via HTTP on port 80, which apparently is what Metasploit's egyp7 has done on his travel laptop.

I've set up a lab network to look closer at a WPAD MITM attack from a network security monitoring (NSM) perspective.

The attacker and the victim are in this scenario connected to the same LAN, which is a typical situation when connecting to networks at airports, conferences or hotels. All traffic from the local network is also captured by a sniffer via a monitor/SPAN port.

The attacker machine is running Backtrack Linux, which contains Metasploit as well as Burp Suite.

The following steps are carried out in order to mount the attack:

Clients on the local network with Web Proxy Autodiscovery configured will now try to use the attacker's machine as proxy for HTTP and HTTPS traffic. The attacker will therefore run Burp to proxy all outgoing web traffic via TCP port 8080.

This is what the attacker sees when the victim machine boots up and attempts to access windowsupdate.com: 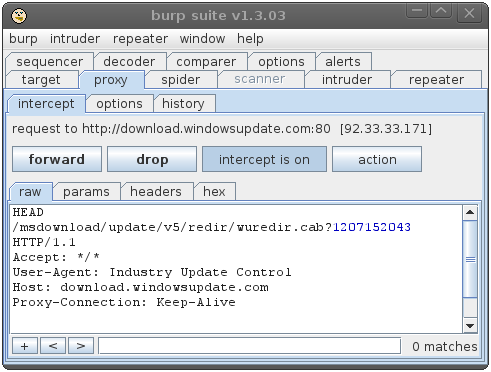 The attacker can at this point monitor all web traffic to/from the victim machine. He also has full control over the traffic and can modify the outgoing requests as well as responses. Using WPAD to perform such a MITM attack on Windows Update is actually exactly what the Flame malware did.

Being able to access archived full content network traffic when analyzing an incident is a gold mine if you are doing network forensics (see our sniffing tutorial part 1 and part 2 for more details on how to set up your sniffer). I will in this scenario look at the network traffic captured by the sniffer via a SPAN port.

A good first step in the analysis is to look at the TCP and UDP flows from the captured traffic, preferably by loading the captured "WPAD.pcap" into CapLoader. 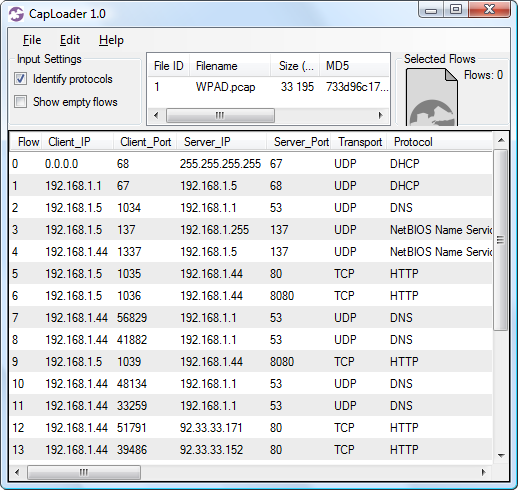 These flows can be used to build a rough timeline of the events:

The details shown in this timeline can be found by loading WPAD.pcap into NetworkMiner: 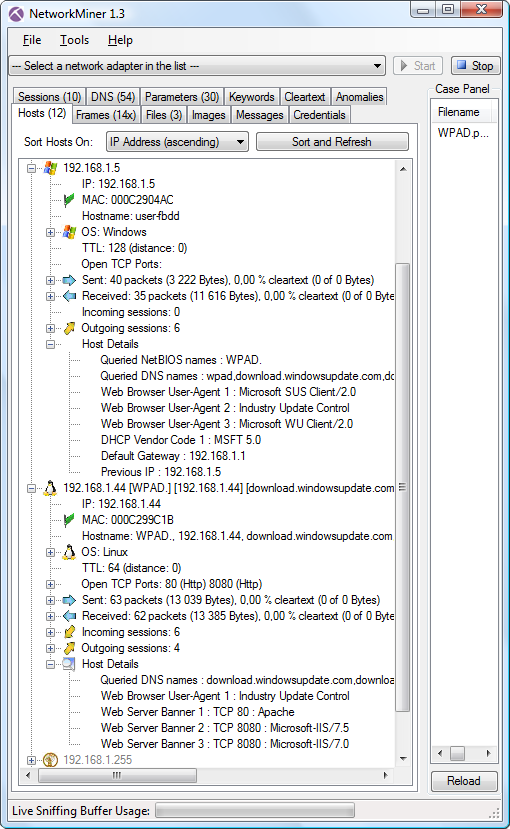 The attackers machine (192.168.1.44) seems to have multiple hostnames, where one is WPAD. The other hostnames stem from the fact that the attacker's web proxy claims to be "download.windowsupdate.com" or any other web server the victim tries to access. We can also see in the "Host Details" secion that the web proxy on TCP 8080 has multiple web server banners. Hosts that show up in NetworkMiner as having many hostnames and server banners are typically web proxies. 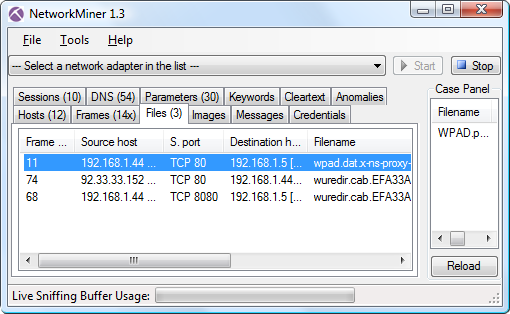 The files tab in NetworkMiner shows that the downloaded wpad.dat has been extracted and reassembled from the pcap file. The contents of the reassembled file look like this:

WPAD announcements in DHCP, DNS or NetBIOS can also be found by using the following Wireshark display filter:

Running tshark on my WPAD.pcap with the filter above gives me this output:

A simple way to avoid falling victim to a WPAD attack is to disable Web Proxy Auto Discovery in Windows by disabling the "Automatically detect settings" checkbox in the "LAN settings" window. 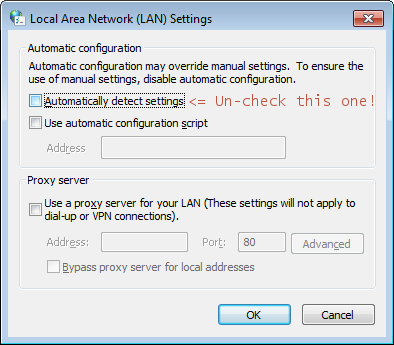 In Windows 10 this feature is located in the Proxy settings window. 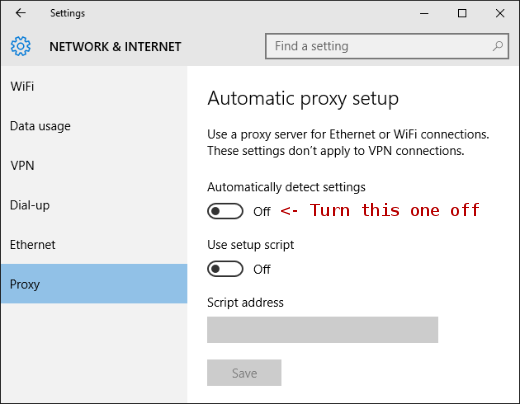 mrhinkydink pointed out on Reddit that you will also need to to disable WinHttpAutoProxySvc, which runs as Local Service. 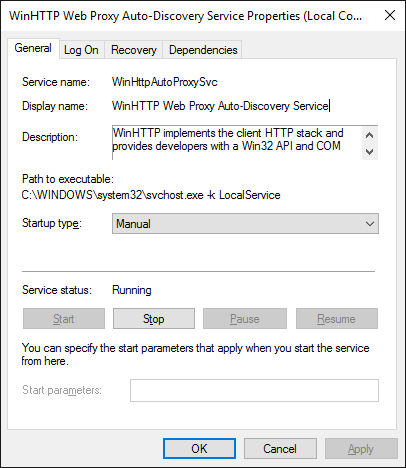 Here's the description of WinHttpAutoProxySvc:

WinHTTP implements the client HTTP stack and provides developers with a Win32 API and COM Automation component for sending HTTP requests and receiving responses. In addition, WinHTTP provides support for auto-discovering a proxy configuration via its implementation of the Web Proxy Auto-Discovery (WPAD) protocol.