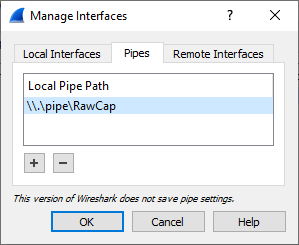 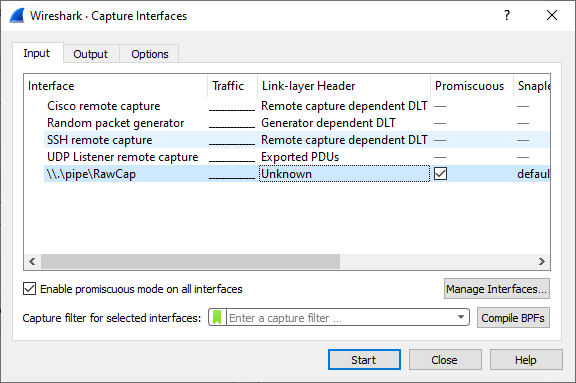 The new RawCap versionis better than the previous version in many ways, but there are a couple of drawbacks. We therefore let the user choose which version to download. 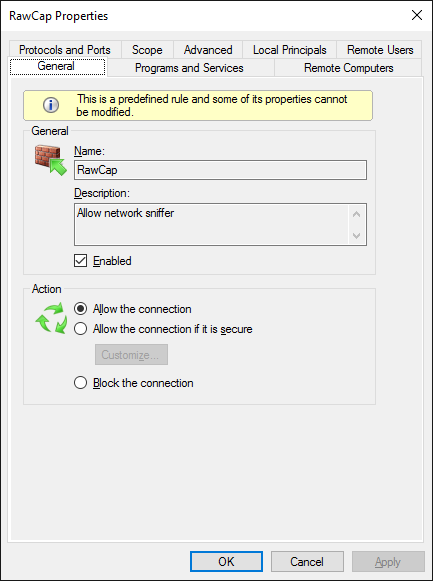 Gigantic Packets due to Offloading

If you get a SocketException saying something like "the buffer used to receive a datagram into was smaller than the datagram itself", then you probably have Large Send Offload (LSO) enabled on your network interface. This feature is also known as TCP Segmentation Offload (TSO) and is used to reduce CPU overhead for packet processing, in particular on virtual machines.

Newer versions of RawCap will print the following error message when a too large packet is received:

You can disable LSO by changing the value for "Large Send Offload V2 (IPv4)" in the network adapter's advanced settings, as show in this screenshot: 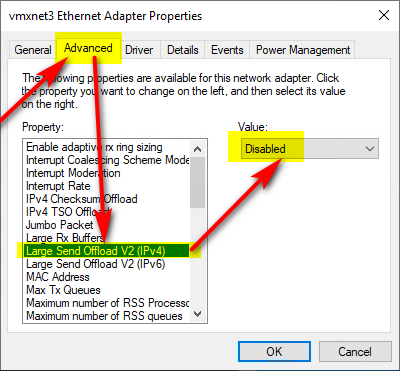 PCAP files created with RawCap use the "DLT_RAW" aka "RAW_IP" encapsulation type. This means that all frames in the capture file start with an IP header instead of, for example, an Ethernet header. Unfortunately not all tools support the Raw IP encap type. But you can prepend a fake Ethernet header to all frames in a PCAP file by using tcprewrite like this: