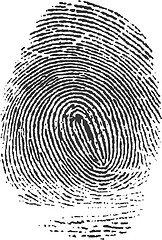 The popular port scanner Nmap can identify the operating system (OS) of a remote computer by sending six packets with specially crafted option combinations in the TCP layer (for example window scale, NOP and EOL options). Nmap then watches how the scanned host responds to these odd packets. Fyodor (author of Nmap) gives a good overview of these techniques in issue 54 of phrack magazine from way back in 1998.

Active measures, like those employed by Nmap, are unfortunately not available when doing passive analysis of live traffic or when analyzing previously captured network traffic. Passive analysis requires much more subtle variations in the network traffic to be observed, in order to identify a computer's OS. A simple but effective passive method is to inspect the initial Time To Live (TTL) in the IP header and the TCP window size (the size of the receive window) of the first packet in a TCP session, i.e. the SYN or SYN+ACK packet.

Below are some typical initial TTL values and window sizes of common operating systems:

One reason for why the TTL and window size values varies between different OS's is because the RFC's for TCP and IP do not require implementations to use any particular default value for these fields. There is, however, a recommendation in RFC 1700 saying:

This recommendation is obviously not followed in many IP implementations.

The initial TTL value is often a bit tricky to analyze since the TTL value of a sniffed packet will vary depending on where you sniff it from. The sending host will set the TTL value to the OS's default TTL value, but this value will then be decremented by one for every router the packet passes on its way to the destination IP address. An observed IP packet with a TTL value of 57 can therefore be expected to be a packet with an initial TTL of 64 that has done 7 router hops before it was sniffed.

The TTL and window size table above can be used in order to do manual OS fingerprinting of network traffic. Here is an example showing how to display relevant fields of the first few packets from the publicly available pcap file for the 2009-M57-Patents scenario with tshark:

Do you feel manual OS classification would take too much time? There are, luckily, multiple tools like ettercap, p0f, Satori and NetworkMiner which all automate the OS identification task. Just feed these tools with some live network traffic or a pcap file and they'll fingerprint the OS's for you.

There is also a project titled Fingerbank, which maintains another DHCP fingerprinting database.

Even more info about the operating system of a host can be extracted by inspecting the application layer data in traffic, such as server banners in HTTP, SSH and FTP as well as HTTP client User-Agent strings. All these layer 7 banner types are displayed in NetworkMiner's Hosts tab under the “Host Details” node. 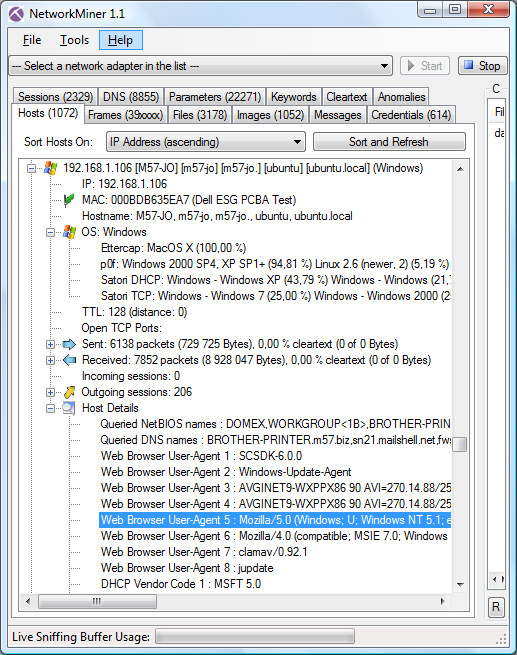 A User-Agent string showing “Windows NT 5.1” (like in the screen shot above) means that the client is running Windows XP. Microsoft provides an article titled Understanding User-Agent Strings, which provides this mapping between User-Agent strings and operating system: