Users of Wireshark 1.8.0 (or later) have most likely noticed that the default output file format has changed from libpcap (.pcap) to Pcap-NG (.pcapng). So what does this mean other than a longer file extension?

PcapNG is short for “PCAP Next Generation Dump File Format”. This new format isn't just an update of the old PCAP specification, but a total rewrite of the whole spec. Here are a few of the features that are available in the new PcapNG format:

You can, for example, use tshark to list all annotations in a PcapNG file with the following command:

Many tools are not yet able to load PcapNG files, instead they'll spit out error messages like “bad dump file format”. These error messages typically appear when a tool parses PCAP files with help of a libpcap version prior to 1.1.0 (you can find the error message in savefile.c from early 2010). If you instead load a PcapNG file into NetworkMiner you'll currently get the following error message:

NetworkMiner 1.4.1 with error message while trying to open a PcapNG file

If you end up with a capture file in the PcapNG format, which you need to parse with a tool that does not yet support the “NG” format, then you'll have to convert it to the legacy PCAP format. You can use editcap to do the conversion like this:

However, if the PcapNG file contains traffic from multiple interfaces with different data link types then you'll get an error message saying:

One way to convert such multi-encapsulation PcapNG files back to PCAP format is to first split the capture file into multiple PcapNG files, by using the display filters “frame.interface_id” or “frame.dlt”, and then convert each individual PcapNG file back to PCAP using editcap.

Another option is to submit your PcapNG file to the conversion service provided at pcapng.com. This free service only lets you convert file sizes up to 1MB, but it's really easy to use and you don't need to sign up or register to use it. Just choose a file and press “Convert to PCAP”, the site will then provide you with PCAP formatted capture files for each interface.

If you want to avoid conversion issues altogether then it's probably safest to stay with the good ol' PCAP format. But since dumpcap defaults to PcapNG nowadays you'll have to tell it to use the legacy PCAP format with the “-P” switch like this: 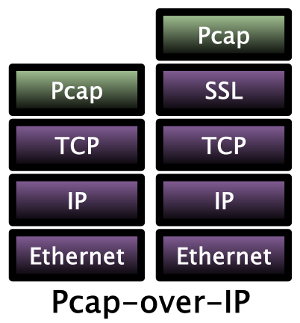 In this example I'd be running NetworkMiner on a PC with IP 192.168.1.20 and have Pcap‑over‑IP listening to TCP port 57012. NetworkMiner will save the received packets to disk as well as parse and display the contents of the packets in the GUI when receiving the Pcap‑over‑IP stream. 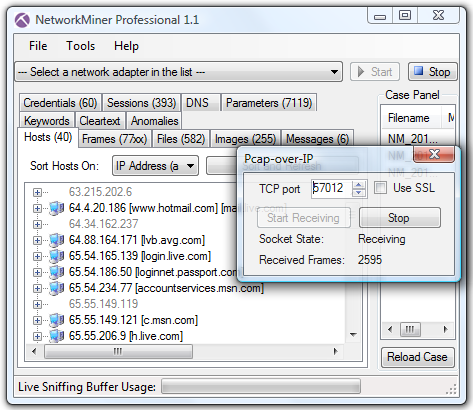 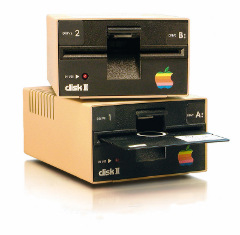 The first thing I recommend you to do before you start sniffing is to ensure that your sniffer computer stays quiet, so that you don't pollute the sniffed traffic with packets from your sniffer computer. How to do this varies between Windows, Linux and FreeBSD, so I will briefly cover how to silence all three OS's.

Windows is normally quite chatty on the network, but there is a simple trick that makes it shut up without disconnecting it from the network. Simply bring up the properties window for your network adapter and un-check all clients, services and protocols from the list of used items. 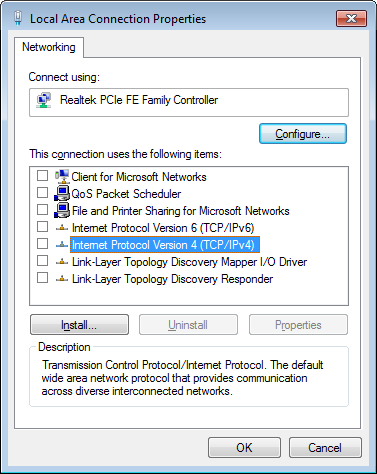 I don't know any good way to disable the TCP/IP stack in Linux similar to what we just did to Windows. But by disabling ARP and not giving the interface any IP address the risk of leaking packets can be reduced significantly. To achieve this you'll also need to set the interface to promiscuous mode and disable IPv6. Here's an example of how this can be done in Debian/Ubuntu:

However, in general it is better to configure the sniffer interface by modifying /etc/network/interfaces to look as follows:

For more details on shuting up your Linux machine I suggest you take a look at the “Undetectable Sniffing On Ethernet” blog post on the Ask Apache blog. I also recommend reading the Ubuntu instructions at the NetworkConfiguration wiki page for Security Onion.

One of the many great things about FreeBSD is that it is really easy to configure a network interface to be silent. All you need to do is to issue this single command:

The most common software used for sniffing traffic is undoubtedly Wireshark, other common tools are tshark and tcpdump. All these three tools parse the packets as they come in and show data about the sniffed packets in the GUI or on the command line. This isn't desirable when doing network forensics since these application could use up too much resources on parsing the incoming packets, which during traffic peaks can lead to packets being dropped. There might also be bugs in the packet parsing code that can cause the application to crash completely, there have been plenty of such bugs in Wireshark for example.

A much more reliable way to sniff traffic is therefore to use an application that is designed to reliably dump traffic to disk, without trying to parse or analyze the contents of the sniffed frames. One such application is dumpcap, which is a command line tool developed by the Wireshark crew. In fact, as of version 1.4.0 of Wireshark both tshark and Wireshark run dumpcap in the background rather than doing the sniffing themselves. Another great thing about dumpcap is that it is available on Windows as well as on Linux and FreeBSD. My recommendation is to run it under FreeBSD since I consider it to be more reliable than the other operating systems. In order to get dumcap you need to download either Wireshark or tshark since dumpcap doesn't have an installation package of its own.

Dumpcap supports capture filtering with BPF, but I recommend that you sniff ALL packets if you are authorized to do so and have enough disk space. It is much better to do the filtering later on in the analysis phase. The feature I like best in dumpcap is the ring buffer functionality, where it will continue writing incoming frames to a new pcap file once the old one has reached a specific size limit. In order to have dumpcap write sniffed frames to disk and roll over to a new file when it reaches 100.000 kB you'd run this command:

When you've dumped the traffic to disk is when the fun starts, i.e. analyzing the pcap files. You can read more analyzing pcap files in my blog posts about the TCP/IP Weapons School Sample Lab, DFRWS 2009 Challenge, Webmail Information Leakage and Command-line forensics.