As of today we officially launch the 'Netresec Bug Bounty Program'. Unfortunately we don't have the financial muscles of Microsoft, Facebook or Google, so instead of money we'll be giving away t-shirts. 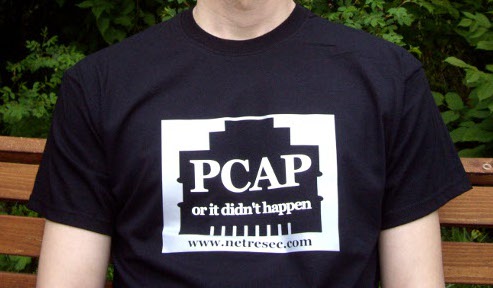 To be awarded with one of our 'PCAP or it didn't happen' t-shirts you will have to:

Those who find bugs will also receive an honorable mention in our blog post covering the release of the new version containing the bug fix.

Additionally, submissions that play a key-role in mitigating high-severity security vulnerabilities or addressing very important bugs will be awarded with a free license of either NetworkMiner Professional or the full commercial version of CapLoader.