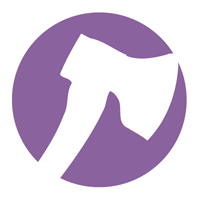 SplitCap is a free tool designed to split capture files (PCAP files) into smaller files based on a criterion, such as IP address, 5-tuple or MAC address. The criteria available for splitting/grouping are:

OPTIONS:
-r <input_file> : Set the pcap file to read from. Use "-r -" to read from stdin
-o <output_directory> : Manually specify output directory
-d : Delete previous output data
-p <nr_parallel_sessions> : Set the number of parallel sessions to keep in memory (default = 10000). More sessions might be needed to split pcap files from busy links such as an Internet backbone link, this will however require more memory
-b <file_buffer_bytes> : Set the number of bytes to buffer for each session/output file (default = 10000). Larger buffers will speed up the process due to fewer disk write operations, but will occupy more memory.
-s <GROUP> : Split traffic and group packets to pcap files based on <GROUP>. Possible values for <GROUP> are:
bssid : Traffic grouped based on WLAN BSSID
flow : Each flow, i.e. unidirectional traffic for a 5-tuple, is grouped
host : Traffic grouped to one file per host. Most packets will end up in two files.
hostpair : Traffic grouped based on host-pairs communicating
mac : Traffic grouped to one file per MAC address. Most packets will end up in two files.
nosplit : Do not split traffic. Only create ONE output pcap.
(default) session : Packets for each session (bi-directional flow) are grouped
seconds <s> : Split on time, new file after <s> seconds.
packets <c> : Split on packet count, new file after <c> packets.
-ip <IP address to filter on>
-port <port number to filter on>
-y <FILETYPE> : Output file type for extracted data. Possible values for <FILETYPE> are:
L7 : Only store application layer data
(default) pcap : Store complete pcap frames

Large capture files, such as multi-gigabyte PCAP files, are not very practical to work with. They are slow to load into tools like Wireshark and NetworkMiner, even though you might only be interested in a few of the packets in the large capture file.

There are many solutions to this problem, such as filtering the large capture file using tcpdump with a BPF that specifies the IP address or port number of interest, or to use editcap to slice the capture into time segments by specifying the maximum number of packets or seconds per file.

However, if you need to split a large capture file into smaller ones based on IP address, MAC address or TCP/UDP session then SplitCap is the right tool for the job. The default split option “session” will create a separate PCAP file for each unique TCP or UDP session in the original capture file.

SplitCap doesn't support the pcap-ng format, which has been the default output format for Wireshark since version 1.8. However, you can simply leverage editcap to convert pcap-ng data to "normal" pcap. The output from editcap can be written to standard output, and read by SplitCap from standard input like this:

SplitCap can be run in Linux with help of Mono (version 5 or later). You can use apt to install mono on a Debian or Ubuntu machine.

You can also install mono by following the installation instructions on the Mono website.

Time slicing is the by far most common way to split capture files, where long-running capture rolls over to a new pcap file after a pre-defined time or packet count. However, time slicing isn’t always the optimal way to split capture files. One such case is WiFi captures, where the sniffed packets might have arrived from several different networks.

Wireshark as well as tshark often run into WPA decryption issues (using wpa-psk or wpa-pwd) when the analyzed capture file contains packets from more than one BSSID. This issue can be resolved by first un-slicing the pcap files using mergecap and then splitting the packets based on BSSID with SplitCap’s “-s bssid” switch.

Un-splice and split in Windows:

You'll find the BSSID-split capture files in a new subdirectory called "SplitCap". Each pcap file in this directory will only contain traffic for a single BSSID, which make them suitable for analysis with Wireshark or tshark.

Filtering on IP or Port

SplitCap can since version 1.5 also be used in order to efficiently filter a large PCAP file based on one or several IP addresses or TCP/UDP port numbers. Simply use the "-s nosplit" option together with one or several "-port" or "-ip" switches to specify what traffic to keep from the large pcap file. SplitCap performs this type of filtering much faster and with way less memory usage compared to tshark.

Do you need to filter large pcap files based on flows / sessions? Then please have a look at our CapLoader tool instead. CapLoader can be used to efficiently extract full content data for a single or multiple flows from big pcap files. Please visit our CapLoader page for more information:
https://www.netresec.com/?page=CapLoader

SplitCap is a free software, released under a Creative Commons Attribution-NoDerivatives 4.0 International License, which means that you can copy and redistribute SplitCap in any medium or format for any purpose, even commercially.